Be part of the bridge

A.G.A Trio reinterprets shared melodies of societies opposed by politics. Now we need your support to produce and release our new album. 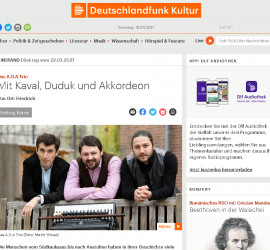 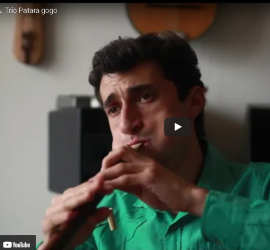 Watch videos from live concerts and other recordings

Throughout history, the regions of the South Caucasus and Anatolia have witnessed many encounters, as well as separations. During peaceful times, the people of these regions danced hand in hand; during wars and genocide they sang lamentations in caravans. In its historical journey, the music of these areas has also come into contact with other societies, surviving up to the present day, having gone through various processes of change. This album reinterprets melodies that have been handed down across generations, with a novel perspective, by three musicians from Turkey, Armenia and Georgia.

When Denіz Mahіr Kartal travelled to Armenia’s capital, Yerevan, to work on his research project ‘Turkicized Armenian Music’ in the summer of 2017, he had in his backpack his kavals and melodies familiar to him from his childhood. During his time in Armenia, he collaborated with the duduk player Arsen Petrosyan and they started to work on some songs together. Soon after, they decided to not only research these songs but to perform them on stage and to record the fruits of their collaboration. Denіz Mahіr Kartal grew up in the eastern Black Sea region of Turkey where Georgian culture is still vibrant and alive. Arsen, on the other hand, had his roots in the Armenian community living in Georgia, and his family comes from Erzurum. These circumstances drew out a natural roadmap for the two, which led to the inclusion of Mіkaіl Yakut, a musician of Georgian descent.

The kaval in Turkey, duduk in Armenia, and accordion in Georgia are among the most common instruments in these countries. The natural harmony between these instruments create complementing timbres, thanks to the melodies of the shared roots in this album. In the same spirit, while building the repertoire for the album, the three musicians sought to focus on the mutual melodies they had all been introduced to in their childhoods, while also being attentive to the harmony between the themes and stories of the songs. The album also features solo tracks that present the three typical instruments, of their respective cultures, in the most plain and direct way.

These musicians believe that the peoples of this region will continue sharing and co-creating, while remaining aware of the impossibility of attributing their traditional music to any specific ethnicity. They hope that this album will help to blossom once again the shared melodies that have been the product of interaction between these peoples living together for centuries.